The Cause of God and Truth 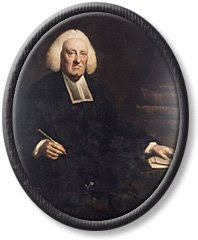 It was in 1735 that the first part of The cause of God and Truth by Dr John Gill (1597-1671) appeared. There were to be four parts in all. The final preface of the massive work begins

It should be known by the reader, that the following work was undertaken and begun about the year 1733 or 1734, at which time Dr. Whitby's Discourse on the Five Points was reprinted, judged to be a masterpiece on the subject, in the English tongue, and accounted an unanswerable one; and it was almost in the mouth of everyone, as an objection to the Calvinists, Why do not ye answer Dr. Whitby?
Induced hereby, I determined to give it another reading, and found myself inclined to answer it, and thought this was a very proper and seasonable time to engage in such a work.
In the year 1735, the First Part of this work was published, in which are considered the several passages of Scripture made us of by Dr. Whitby and others in favour of the Universal Scheme, and against the Calvinistic Scheme, in which their arguments and objections are answered, and the several passages set in a just and proper light. These, and what are contained in the following Part in favour of the Particular Scheme, are extracted from Sermons delivered in a Wednesday evening's lecture.