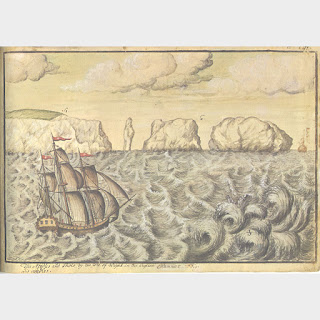 A Voyage to Georgia Begun in the Year 1735 by Francis Moore was published in 1744. The full title is "A Voyage to Georgia Begun in the Year 1735. Containing An Account of the Settling the Town of Frederica, in the Southern part of the Province and a description of the Soil, Air, Birds, Beasts, Trees, Rivers, Islands, &c. With The Rules and Orders made by the Honorable the Trustees for that Settlement, including the Allowance of Provisons, Clothing and other Necessaries to the Families and Servants which went thiter. Also A Description of the Town and County of Savannah, in the Northern Part of the Province; the manner of dividing and granting the Lands and the Improvements there: With an Account of the Air, Soil, Rivers and Islands in that Part. By Francis Moore, Author of Travels into the Inland Parts of Africa. London, 1744". It has been reprinted in modern times and is of antiquarian interest.
It contains the most detailed account of the establishment of Frederica, at that time the southernmost English fort in America. The majority of the settlers were England's "worthy poor", that had been carefully selected by the Trustees, but there were also persecuted German protestants. Moore served at Frederica as Keeper of the King's Stores and as Oglethorpe's Secretary. But conflicts arose between them and Moore returned to England in 1743.

The drawing at the top of Francis Moore's title page to his voyage to America was drawn by Baron Von Reck, who was aboard The Merchant of London, which sailed with The Simmonds from Gravesend in October, 1735. The drawing was made on or about December 11, 1735 as the ships passed The Needles, off the southern coast of England. The drawing appears in Von Reck's Voyage, an English language publication of he Journal. THe drawing shows both ships, but not The Hawke, which escorted them. The Simmonds carried James Oglethorpe and John Wesley.