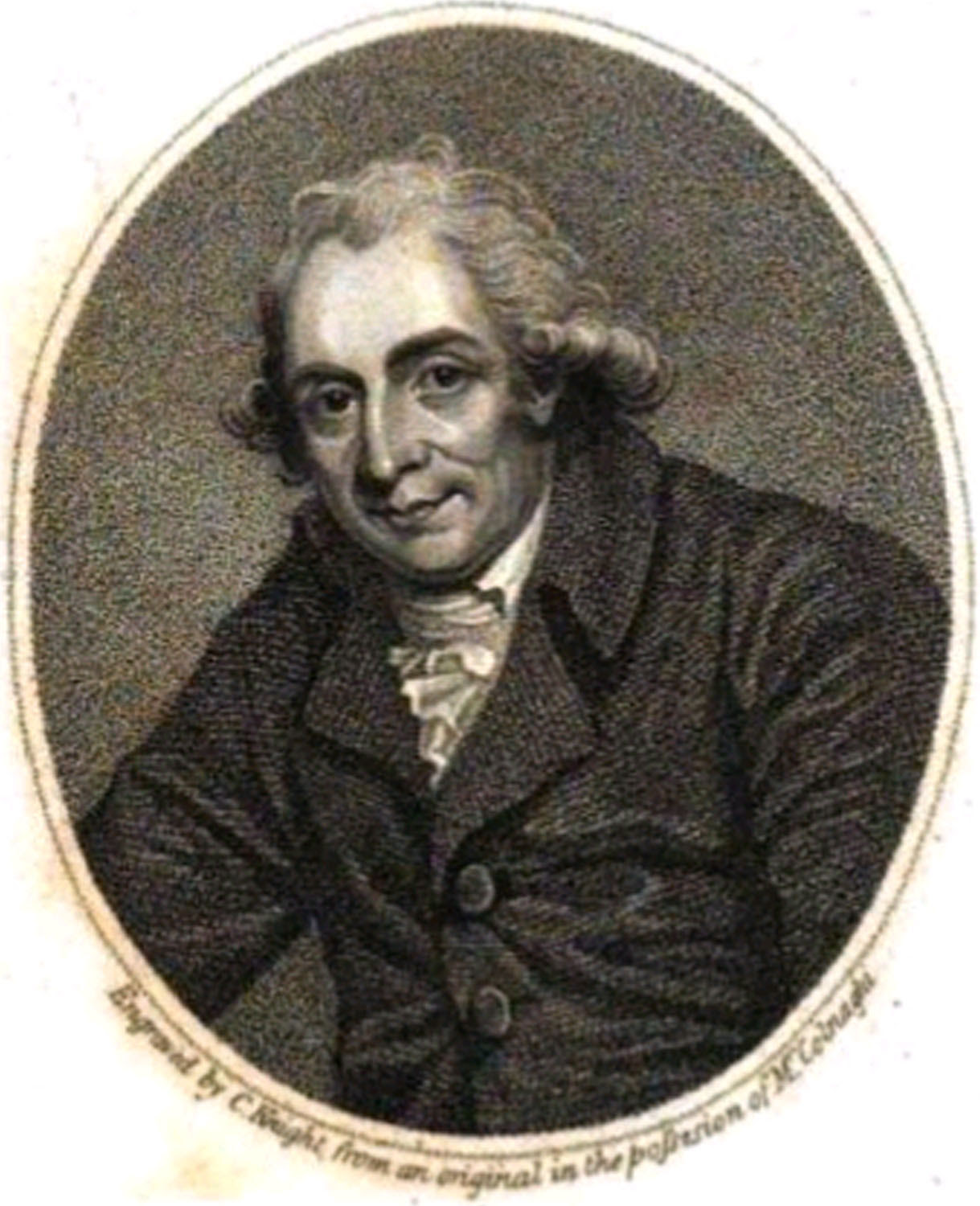 Jesse Ramsden was born October 6, 1735 (he died November 5, 1800). He was an English astronomical and scientific instrument maker.
Born at Salterhebble near Halifax, West Yorkshire, after serving his apprenticeship with a cloth-worker in Halifax, he went in 1755 to London. In 1758 he was apprenticed to a mathematical instrument maker. About four years later he started his own business and secured a great reputation.
He created one of the first high-quality dividing engines. This led to his speciality in dividing circles, which began to supersede the quadrants in observatories towards the end of the 18th century. His most celebrated work was a 5-feet vertical circle, finished in 1789 and used by Giuseppe Piazzi at Palermo in constructing his catalogue of stars. He was the first to carry out in practice a method of reading off angles by measuring the distance of the index from the nearest division line by means of a micrometer screw which moves one or two fine threads placed in the focus of a microscope.
Ramsden's transit instruments were the first which were illuminated through the hollow axis; the idea was suggested to him by Prof. Henry Ussher in Dublin. He published a Description of an Engine for dividing Mathematical Instruments in 1777.
Ramsden is also responsible for the achromatic eyepiece named after him, and also worked on new designs of electrostatic generators. He was elected to the Royal Society in 1786. The exit pupil of an eyepiece was once called the Ramsden disc in his honour.
In about 1785, he provided a new large theodolite for General William Roy of the Royal Engineers, which was used for a new survey of the distance between Greenwich, London and Paris. This work provided the basis for the subsequent Ordnance Survey of the counties of Britain. With Roy he received the Copley Medal in 1795 and died five years later at Brighton.