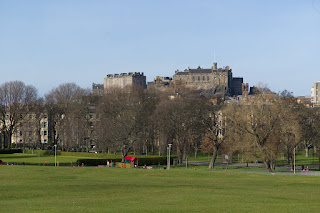 The Royal Burgess Golfing Society of Edinburgh traces its origins back to 1735, the foundation date recorded in the Edinburgh Almanac from 1834 onwards. They are mentioned in earlier Almanacs but without the foundation date. This date makes Burgess the oldest organised society playing golf. They played over Bruntsfield Links, in the shadow of Edinburgh Castle, for the first hundred years of their existence.
The first known minutes start in 1773, and the extract here is taken from Burgess Chronicles, reproduced in Golf: A Royal and Ancient Game. It is now clear that the club had been in existence since shortly after the construction of Golfhall at Bruntsfield Links but there are other reasons to support 1735 as the inception date of the society.