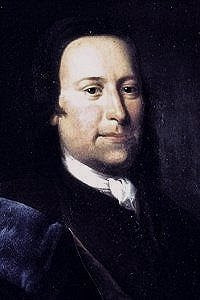 The Moravian mission in Georgia has been described as “a failed prelude to building bigger and better things to come.” The Moravians arrived in Savannah on April 6, 1735
How did Moravians end up in Georgia? Zinzendorf originally brokered land in Georgia for the Schwenkfelder (not Moravian) refugees living on his land near Berthelsdorf. When the Schwenkfelders were banished from Saxony in 1733, they asked Zinzendorf to help them relocate. They had heard of Governor James Oglethorpe’s plans to admit those fleeing religious persecution to the new colony of Georgia in America. Protestants were desired to form a buffer between the English colonies and Spanish Catholics from Florida and French-Catholics from Louisiana. With Zinzendorf’s help the Schwenkfelders travelled as far as Holland, but then accepted an offer for passage to Pennsylvania instead after hearing rumours of poor land and being turned into slaves by the English in Georgia. The Trustees of Georgia then allowed Moravians to take the land themselves, granting them 500 acres on the Ogeechee River, plus two 50-acre tracts in Savannah.
Zinzendorf capitalised on this change of events: “I therefore look into every opportunity which presents itself [to make Jesus known among the “heathen”]. The first group of ten men left London on February 3, 1735, and after nine weeks at sea arrived in the Savannah harbor on April 6. The company, led by Spangenberg, included masons, carpenters, weavers, a gardener and a game-keeper - all pious workmen skilled to establish an independent mission community in Georgia.
Zinzendorf instructed them: “You must live alone, establishing your own little corner, where your customs will irritate no one...Your one aim will be to establish a little place near the heathen where you may gather together the dispersed in Israel, patiently win back the wayward, and instruct the heathen tribes.”
Upon arriving in Savannah, the group was immediately visited by friendly Native Americans and introduced to the Yamacraw chief, Tomochichi, who would prove to be a peaceful ally. The Moravians quickly went to work, finishing their cabin in six days and laying out ten acres of garden on plots outside of town in less than two weeks. Some of their neighbours remarked “that the Moravians had done more in a week than their people in two years.”
The first year found the group preoccupied with survival rather than any true mission work. They spent much of their time surveying and cultivating their land and building shelter for themselves and the next expected company. Adjusting to the new climate and a poor diet was hard on the group and most fell ill, although only one, Friedrich Riedel, a mason, died that first year.
Although a second group of 25 men and women arrived on February 23, 1736, “internal disputes” and political pressure to bear arms doomed the work to failure before much could be accomplished. Peter Böhler later said, “the good children lost sight of their Plan.” Through death and abandonment the group dwindled to six by 1740, and impending war with the Spanish finally drove them to Pennsylvania, where mission work resumed - this time with much more success.