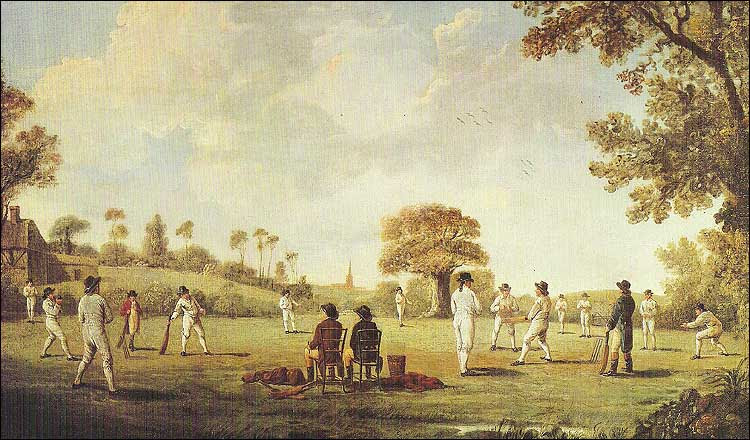 (From Wikipedia)
In the 1735 English cricket season, the main county teams in action were Kent, Surrey and Sussex while London and Croydon remained the predominant town clubs.
The county champions were Kent.
Nine match reports are found in Wikipedia here.
The General Evening Post Thu Aug 7 announced a single wicket match the following Monday on Kennington Common involving seven players of the London Club. The game would be three against four with Mr Wakeland, Mr Dunn and Mr Pool against Mr Marshall, Mr Ellis and two others.
Thu Aug 28 death of Edward (aka Edwin0 Stead reported in the Grub Street Journal dated Thu Sep 4. Mr Stead was a noted patron of the game from the mid-1720s and may have been a good player too. He was a Maidstone man who undoubtedly did much to promote the game in Kent. A compulsive gambler, it seems he died in reduced circumstances. One account stated that he died "near Charing Cross" and another that he died "in Scotland Yard".