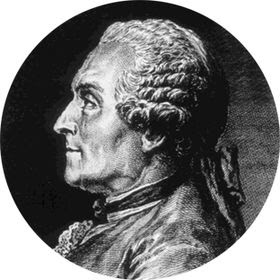 Theoretically a degree of latitude is a constant, the same at the equator as at the pole. However, Isaac Newton believed that the earth was slightly flattened at the poles, an oblate spheroid, and that the length of a degree at the poles was longer than it was at the equator. On the other hand French mathematicians argued either for a perfect sphere or for a prolate spheroid, one which bulged at the poles.
The French Royal Academy of Sciences determined to settle the matter by sending expeditions to the Equator and to the Arctic Circle. If the length of a degree were longer at the Arctic Circle than at the Equator the spheroid would be oblate, flat at the poles; if it were shorter, prolate, and if the degrees were equal, then the earth would be spherical.
In 1735 the French Royal Academy of Sciences sent out two geodetic expeditions to determine the length of a degree at the pole and at the equator. The expedition to the Arctic Circle was under the leadership of Pierre-Louis Moreau de Maupertuis went to the Arctic Circle. The one to the Equator had Charles Marie de La Condamine (see pic) as its chronicler. Near Quito, in what is now Ecuador, a base line was established by triangulation, and the length of the degree of latitude was measured.

I commend you for the idea behind this blog!

Thanks Sacchiel. Interesting site. I've put ti in my favourites.